October 25, 2011 marked a crowning achievement in the academic career of Jo-Marie Burt, faculty member in the Department of Public and International Affairs at George Mason University. On that day, Salomon Lerner Ghitis, the Prime Minister of Peru awarded Burt a recognition “for her work on the behalf of the restoration of democracy to Peru and in favor of the promotion of human rights,” according to an official press release.

Burt, who was recently named director of the Latin American Studies Program and is also the co-director of the Center for Global Studies at Mason, has conducted research in Peru since the mid-1980s. Her research has focused on political violence and human rights, and she has studied, in great detail, the decade-long presidency of Alberto Fujimori, who in 2009 was convicted of  human rights violations and sentenced to 25 years in prison. According to the Peruvian government, Burt’s research played a role in bringing his crimes out into the open and returning democracy to Peru.

“This award was a huge surprise, and of course a major honor. It shows that academic research can have real-life impact,” Burt said. “Through our research and writing, I and other colleagues helped unmask the authoritarian nature of the Fujimori regime and bring to light the terrible abuses that were occurring.”

If it sounds like Burt has a long-standing personal interest in Peru, it’s because she does.

She was first exposed to the problem of human rights violations in Latin America in political science and history courses in college. But her first direct experience with the region came in 1986, when she traveled to Peru, and later Chile and Brazil, as a Thomas J. Watson Fellow. Her project focused on community organizing in urban shantytowns in the region. She first went to Peru, where she studied Spanish intensively, and she fell in love with the country.

“The politics are interesting and the people are amazing,” she said. “It’s a very magical place, and it captured me.”

Burt was drawn to the country not only by its beauty, but because it was the epicenter of some of the world’s biggest human rights violations of the late 1980s. On the one hand was the violence unleashed by the Shining Path insurgency, and on the other, the massacres and disappearances carried by the armed forces in their attempts to control the insurgency. Burt met and kept in contact with various human rights groups in Peru. She structured graduate school around her work in Peru, because she felt the need to report on and understand the underlying dynamics of violence, she said.

In the 1990s, she began working as a researcher, writer and journalist and covered the Fujimori government in great detail, publishing articles focused on human rights issues. She worked as a researcher for the Peruvian Truth and Reconciliation Commission in 2002 and 2003. She returned in 2006 as a Fulbright scholar and visiting researcher at the Pontifical Catholic University of Peru, where she returned again in 2010 with the “Alberto Flores Galindo” Visiting Professorship.

Between 2007 and 2009, Burt monitored and reported on the Fujimori trial. “This was one of the most important trials for human rights around the world,” she said. “It was the first time in the world a former head of state was extradited to his home country and put on trial for human rights violations. It is an extraordinary achievement that not only establishes a new precedent for global justice, but also and most importantly, provides meaningful repair to the thousands of victims of the Fujimori regime’s policies.”

Nowadays, Burt lectures on the Fujimori government and trial around the world. She recently lectured on the subject at Brandeis University in Massachussetts. And she has more than a decade’s worth of research on Peru to share.

But while one chapter of her work nears an end, another chapter has begun. There are still a number of trials taking place in Peru, in which hundreds of military and police officers are implicated for their role in grave violations of human rights. These trials come with brand new obstacles.

“Initially, people thought that the Fujimori trial would make the prosecutions more dynamic and transparent, but so far, it’s been the opposite,” Burt said. “The complex nature of these trials varies from case to case. In some cases, there is no evidence or witness testimony, seeing as how some cases date back to events 25 years ago. In others, government authorities refuse to provide information to investigators so they can identify perpetrators, so many cases are being closed. Justice is being denied to the victims.”

She added, “I’m now trying to understand the obstacles to achieving justice in these other cases. why these trials have become so much more complicated.”

Also, Burt is working on a book manuscript on the Fujimori trial. She is also beginning to curate a database of Peruvian trials to be available online.

There’s no quit in Burt, who continues to strive to eliminate the moral and ethical dilemmas she first stumbled upon as a college student. 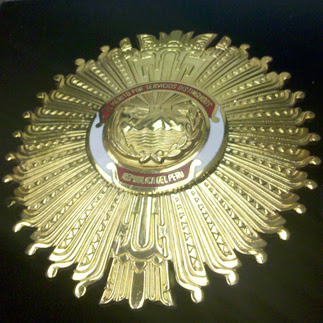