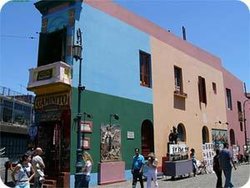 There are many courses scheduled for Spring 2016 that are relevant to Latin America. To determine whether other courses may count toward the major or minor in Latin American studies, contact the director.

This wide range of courses provides students with a rich, interdisciplinary understanding of the role of Latin America in a globalized world.

Below is a listing of Mason courses that are relevant to Latin American studies.

ANTH 330 - Peoples and Cultures of Selected Regions: Non-Western (when focus is on Latin America)

DANC 118 - World Dance (when focus in on Latin American dance)

ENGH 416 - Ethnicity and Migration in Folklore

*HIST 271 surveys the colonial era to 1825, while HIST 272 surveys development of independent Latin American since 1825. It emphasizes interactions of the United States and Latin America.

SPAN 335 - Topics for Proficiency: The Americas

SPAN 488 - The Literature of Spanish America

SPAN 500 - History of the Spanish Language